The Apple Mac with the company’s M1 chip has now been in the hands of developers for several months, and software is increasingly being ported to the new hardware. So how’s that going?

Apple offered developers a preview of its new M1 silicon in the form of a Developer Transition Kit (“DTK”) that included a developer unit along with tech support from Apple. These systems were prototype ARM-based Mac computers running on Apple’s A12Z Bionic chip first used in the iPad Pro in 2020, and outfitted with 16GB RAM, 512GB SSD, 802.11ac WiFi, GbE, BT 5.0, dual USB-C ports, dual USB-A ports, and an HDMI 2.0 port. 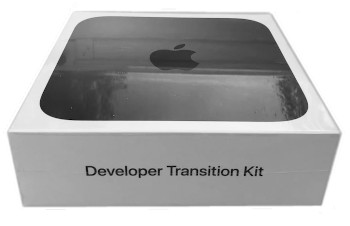 As the Apple Mac M1 hardware has emerged, native apps that take advantage of the new M1 design’s performance enhancements have begun to arrive. Developers — from web to embedded — have begun migrating to the new machines, and are starting to weigh in on the viability of moving completely to an M1-powered software development environment.

Late last month, Open Source devs got in on the act, began getting code up and running on the M1 hardware, and interestingly, a dev team at Corellium released a Linux port that’s reportedly “completely usable” on the M1 Mac Mini. In an exclusive interview with ZDNet’s Steven J. Vaughan-Nichols, Linux creator Linus Torvalds explains why, while he’d love to have a new M1-powered laptop, getting Linux to run well on it isn’t worth the trouble.”

Below are half a dozen other developer experiences, so far, based on working with Apple’s M1 DTK…

Apple has asked developers to return the Developer Transition Kits by the end of March 2021, in return for a $500 credit in the Apple store.